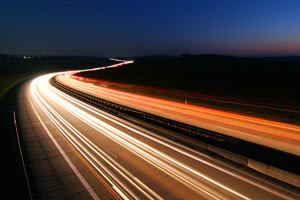 The Pew Forum on Religion & Public Life hopes to reveal the religious landscape of the United States today. Most recently they released a report, “Faith in Flux: Changes in Religious Affiliation in the U.S.” (April 27, 2009) to show that 44% of Americans do not currently belong to their childhood faith. Of these, 10% were Catholic. Naturally, the statistics they have provided have important implications for religious education and catechesis. Before offering my interpretation, I would like to remind the readers that statistics never tell the whole story. According to the Pastoral Constitution on the Church in the Modern World, “”Indeed today’s progress in science and technology can foster a certain exclusive emphasis on observable data, and an agnosticism about everything else.” (Gaudium et Spes, 57)

One in ten American adults is a former Catholic. Of those raised Catholic, 4% are now unaffiliated and 5% are now Protestant. Why? 71% of Catholics, now unaffiliated said that they “just gradually drifted away from the religion,” 65% said they “stopped believing in the religion’s teachings,” and 56% said they were unhappy with teachings on abortion/homosexuality.” As for the Protestant converts, 71% said their spiritual needs were not being met, 70% said they “found a religion they liked more,” and 54% “just gradually drifted away from the religion.” The now unaffiliated seem to have stronger objections to teachings, while the Protestant converts look for better spiritual fulfillment. Both expressed a gradual drifting away.

What do we do? In response to the study, Bishop Donald Wuerl highlighted the importance of Mass attendance for children and teens. The report states that “former Catholics who are now unaffiliated are much less likely than lifelong Catholics to have attended Mass regularly.” However, most children and teens in the study did go to Sunday Mass before leaving the Church. Of the Catholics who are now Protestant, 79% worshiped weekly as a child and 60% as a teen (74% as a child, 44% as a teen now unaffiliated). I agree that an increase in Mass attendance is vital to strengthening the Church and I do not wish to discredit the power of the Eucharist, but we cannot stop there. If 71% of the Protestant converts said that their “spiritual needs were not being met”, then there is either a problem with the liturgies or a disconnect in liturgical catechesis. This is clear if we compare the 63% of adult Protestant converts who attend their new worship services weekly, while only 42% of the adults who remain Catholic attend Mass weekly.

I offer these general suggestions in response to the statistics:

1) Catechize the parents. 66% of the Catholic teens who became unaffiliated didn’t decide to stay home on their own. Parents are the primary educators of their children, but often they will have received less catechetical instruction than their children. Continue to include parents as vital participants in first communion and confirmation preparation.

2) Improve liturgical catechesis. There has been a lot of work done in liturgical catechesis with the post-Vatican II development of the RCIA program. More work needs to be done in helping modern Americans understand, appreciate, and dive into Catholic liturgy. Most Protestant converts are in evangelical churches with non-traditional services. Either change the liturgy or teach our children the profound importance of living a sacramental life. I prefer the latter. If Catholics continue to think of Mass and the sacraments as a requirement they have to fulfill, they will continue to gradually drift away from the faith and stop coming to Mass.

3) Use inclusive teaching methods. The Catholic teachings that the unaffiliated are unhappy with are abortion/homosexuality (56%), birth control (48%), and divorce/remarriage (33%). People become unhappy with these teachings because they feel an injustice towards a certain group of people. The Catholic Church’s teachings on marriage, the family, and unborn life reflect the love of Christ. If these teachings are perceived as exclusive rather than inclusive, then they are not reflecting Christ’s love. Pope John Paul II’s catecheses on the theology of the body provide an excellent framework to present these teachings.

4) Be a witness. Teach with passion. People don’t gradually drift away from people with passion. A catechist’s “personal relationship with Jesus Christ energizes their service to the Church and provides continuity, motivation, vitality, and force to their catechetical activity.” (National Directory for Catechesis, no. 54)