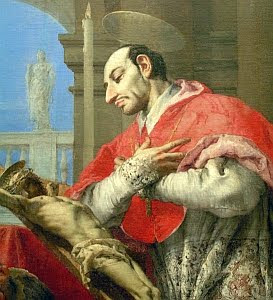 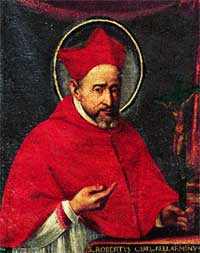 St. Charles Borromeo and St. Robert Bellarmine are the patron saints of catechists. These two men were instrumental in the many reforms of the Catholic Church during the 16th century Reformation. Most importantly, they were involved in the education and spiritual renewal needed in the Church during that time of great turmoil. As the feast day of St. Charles Borromeo, today is a great opportunity for catechists to reflect upon the lives of their patrons and seek their intercessory prayer.

If you have time today, read EWTN’s short biographies on St. Charles Borromeo and St. Robert Bellarmine. Reflect on their lives and ask yourself, how can you become a better catechist?

Excerpt on St. Robert Bellarmine: “His spirit of prayer, his singular delicacy of conscience and freedom from sin, his spirit of humility and poverty, together with the disinterestedness which he displayed as much under the cardinal’s robes as under the Jesuit’s gown, his lavish charity to the poor, and his devotedness to work, had combined to impress those who knew him intimately with the feeling that he was of the number of the saints.”

Excerpt on St. Charles Borromeo: “His days were filled with duties and cares; at night he would take off his bishop’s robes, don a tattered old cassock, and pass the evening in study and prayer. He lived as simply as it was possible to do. One cold night when someone wanted to have his bed warmed, he said, “The best way not to find a bed cold is to go to bed colder than the bed is.” However, he did not allow his rigorous self-discipline to weaken him for the work he had to do.”

I am struck by the great humility of these two men. They gave of themselves completely. Both coming from rich families, they redirected their money to the people who needed it most. Many other bishops in the Roman Catholic Church at this time reveled in the richness of their offices, yet these two men felt uncomfortable in their esteemed robes. As a catechist, I will strive to be humble. I will give special attention to the children who I know need it the most. I will selflessly give of my time and energy to help my students to come to know, love and serve God.

Historical FYI on the CCD: Like me, many catechists teach in programs that continue to be called “CCD.” CCD stands for (or used to stand for) “Confraternity of Christian Doctrine.” The Confraternity of Christian Doctrine was originally a lay movement working in conjunction with a religion congregation of priests called “The Fathers of Christian Doctrine.” These groups organized religious instruction in a system of Sunday schools for children. These efforts were sustained by the support of both St. Charles Borromeo and St. Robert Bellarmine and have continued to grow into the parish religious education programs we have today.