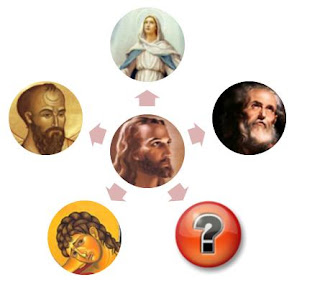 Try posing this question as Bell Work. Have the students write out a list of five people that Jesus would have on his most easily called list.

You’re likely to have answers that include the Virgin Mary, Peter, James, John, Paul, other saints or even God the Father. Have the students explain their answers and discuss.

At the end of the discussion, make one clarification. Tell the students that each one of them would be in Jesus’ “fave five.” This is a part of the mystery of God’s love. Although God loves everyone, he loves each one of us personally and deeply.

One of the most powerful homilies I heard this summer was at the Theology of the Body Congress. I wish I could recall the name of the priest who told the story of a young student asking him why Jesus chose that particular year and that particular day and why he had to die on the cross. The priest, then a seminarian, gave a deep catechetical response that fit perfectly with the Church’s teaching on the fullness of time and the historical background to Roman execution practices, etc. But finally, the student proposed another reason. He said, “you know, I think there is something else. I think Jesus was crucified in that year, on that day, in that hour so he could save the good thief.”

This is the kind of love that God has for us. It is deeply personal, utterly unique, yet totally open to everyone. This is truly a great mystery.